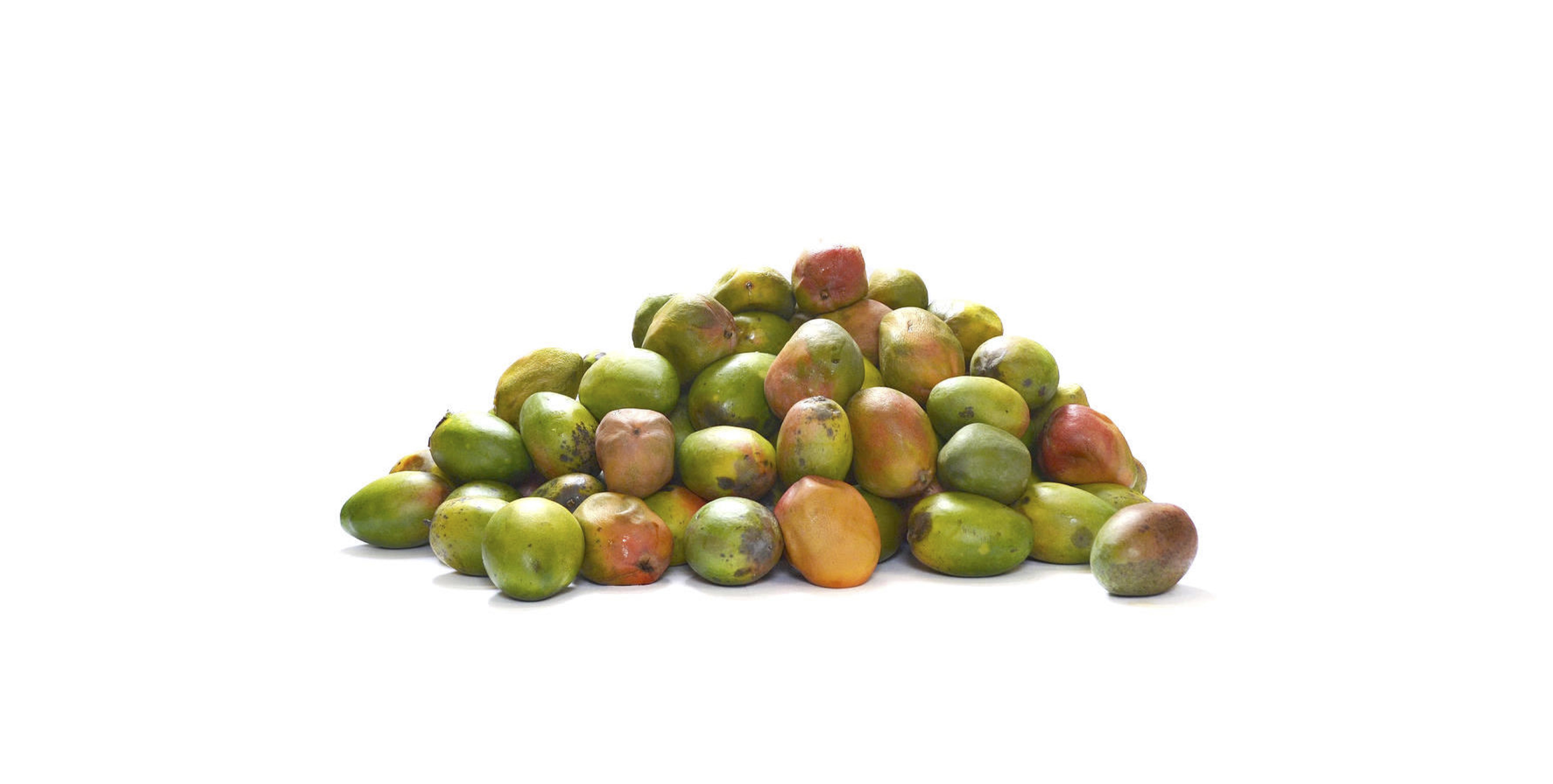 We live in a world where resources are becoming more scarce everyday. Each year worldwide we throw away 1.3 billion tones of food. This is approximately one third of the entire production. From all the fruit that we produce for consumption, 45% gets thrown away. 30% of the earths agricultural land is used to produce food that eventually will be thrown away.

Farmers tend to leave up to 40% of their harvest in the fields, because it does not meet the cosmetic standards for the supermarkets.

In developed countries there are different reasons why produced food for the consumer is wasted. This is often due to the fact that the consumer has bought to much or because retailers reject the food because of its appearance. 10% of all greenhouse gasses in rich countries is emitted by producing food that will never be eaten.

Besides the problem of food waste, the production of animal leather is also an environmental problem. The impact is largest among poorer and less developed regions in the world.

Every year, more then a billion animals are slaughtered so that the hides can be used. The cleaning process which the hides undergo produce world wide approximately 650 million kilos of CO2.

What if we did not see fruit waste as a residue but as a valuable starting material? Over the years we have been experimenting on how to convert left-over fruit into leather-like material. By doing so, we are able to bring a eco-friendly and animal-friendly product to the market.

Fruitleather can be made into footwear and fashion accessories and can be used in the interior and furnishing industry.

The two worlds of fruit and leather are combined where the waste of the fruit industry is used to radically change the world of the polluting leather industry.